Don’t Stick a Fork(lift) in It; Extend Your Investment While Moving to Standards

Don’t Stick a Fork(lift) in It; Extend Your Investment While Moving to Standards

A Thought Piece from Telrad, the Leader in LTE for Fixed Wireless

The WISP market is in the midst of a dramatic transition unlike anything seen since perhaps 2002, when purpose-built outdoor PMP systems hit the market, en masse. This followed years of WISPs cobbling together WLAN radios with amps, heaters & fans, off the shelf boxes and grid antennas; then mating them with custom polling software, such as Doug Karl’s Karlnet. But, unlike then, when the change was about home brew giving way to vendor-engineered systems, today’s upheaval is driven by recent evolutions in standards and the resultant capacity gains. So here we are today where 802.11n is giving way to 802.11ac, WiMAX continues its now planned replacement by LTE, and at least one common proprietary platform has now been end-of-lifed (EOL’ed).

As WISP investors, owners, and operators, your next decision will decide if you survive or get destroyed by the competition, both wireline and wireless. Smartly, a great many WISPA members have now embraced fiber, but wireless — for many reasons — will continue to be literally a defining characteristic for WISPs. Your competition is not sitting still and their high capacity offerings are coming faster than your solutions can keep up. As I sit here writing this article, I recently upgraded my service and I’m now getting consistently getting about 25 mbps DL/5.5 mbps UL. Why? Not only do I work from home, in my household of six people we have:

Clearly, I have real needs and low tolerance for poor connection speeds, and I’m willing to pay dearly for it.

Telrad has the answer to both questions. Even better, our answer will let you connect many of the customers you’ve had to say “no” to because your current solution is, RF-wise, well, a bit blind. I know of no other type of business whose owners routinely turn away customers, not because they don’t want their money, but because their “solution” cannot serve them!

At this point, I should note why Telrad is being so aggressive. It is because many of our new customers and then WISPALOOZA showed us WISPs have reached multiple pain points where you are willing to accept there might be another reality and open to taking a hard look at the total cost equation — not to mention the opportunity cost of making the wrong choice. Those pain points might be the reluctance to forklift proprietary for another proprietary choice, or a critical need to finally say “yes” to many of the customers you’ve told no, or a hope that you can scale without the constant intervention and sleepless nights you now endure. We have a better way, one literally no other vendor is offering, but our window is short before this market transition runs its course and WISPs like you move on, for better or worse, to your next choice.

So let’s get specific:

Some of you are running a technology that’s reached its end-of-life. Here’s a solution I’m betting you did not think even possible. Telrad can enable you to transition from EOL APs to LTE-ready base stations WITHOUT forklifting your hundreds or thousands of SMs right away. Yes, the Telrad COMPACT is software defined, so it can run both WiMAX and LTE. Our CPE also has dual chipsets, so it can connect to either WiMAX or LTE base stations. Let that sink in. We have the proven ability (ping me offline and I’ll send you the EXACT performance data) to connect all those SMs you have deployed now, so instead of chucking your investment, you are squeezing more out of it. Instead of frantically rolling trucks replacing everything — APs and clients — all at once, you can do it your pace with almost no downtime. 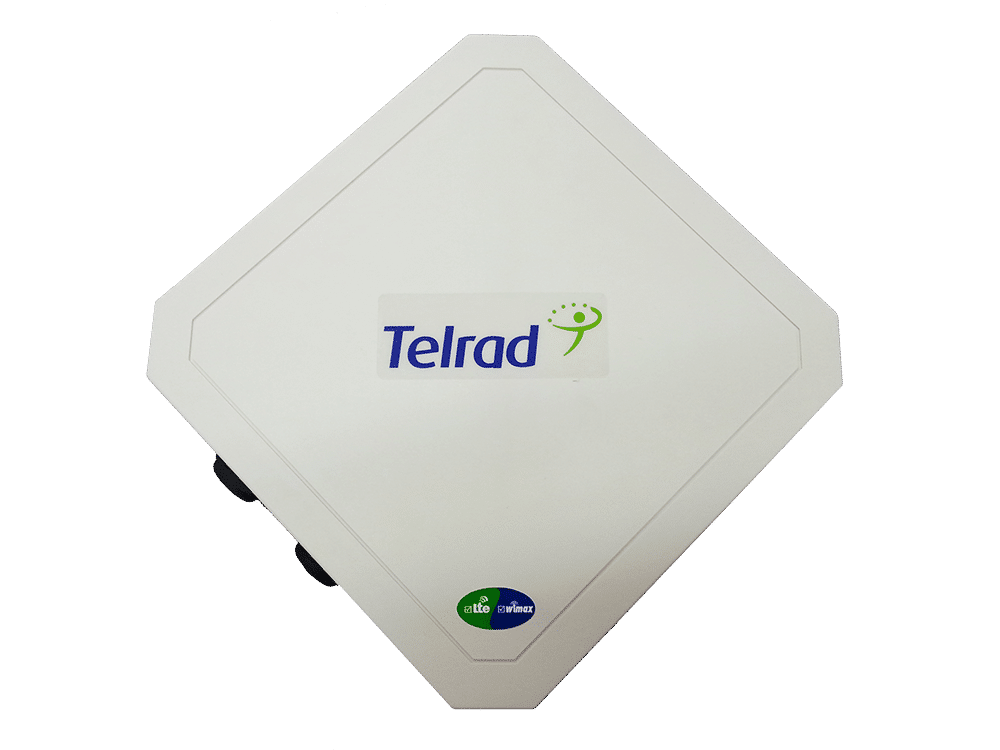 Additionally, your tower upgrade to the COMPACT joins you with the most powerful standard in the history of metro-scale wireless — LTE — and all the mass and capacity gains that come with it. Even more, you can do this as you connect new customers with our dual mode 7000 model CPE. And then, when you are ready to transition to LTE, you can, while allowing your old subscribers to stay connected via WiMAX (until you are able to change them over.) That’s an IP67 CPE, by the way, and it will cost you close to 2x less than what you might pay for an uncapped subscriber – and, you’ll be able to deploy any standards-based 3rd party CPE in the LTE ecosystem as they come to market.

Your new COMPACT base stations will then set you up to enjoy major capacity gains over time as we add more and more LTE advancements, such as MU-MIMO (doubles capacity), 4×4 MIMO, Carrier Aggregation (doubles capacity and improves spectral efficiency), eICIC (higher spectrum re-use) bringing sector capacity to 200 Mbps and beyond. So your capacity increases over time, allowing you to keep pace with and perhaps exceed what your competition is delivering, and you’ll be able to do it in scale, easily connecting over 100 customers on a single sector, which Telrad can show is the norm, not the exception.

Even sweeter, your new network is ready out of the box today to support the emerging 3550-3650 MHz band…and support it with standard LTE, NOT propriety technology. That’s important because all the 3550 MHz devices that will be hitting the market will have embedded LTE chipsets, from security cameras, to traffic systems, to handsets. Go proprietary and you’ll miss new paths for revenue, whether offload agreements or contracting with cities to connect their LTE-embedded cameras, plate readers, etc.

Finally, you can join other elite operators..

As you extend your investments, you can move to standards at the same time. You’ll also be partnered with a company that’s financially secure and has over 400 employees, and a DNA that traces back not only to the first days of wireless broadband, but to even the first days of data over wireline!

Don’t think you can afford it? We can show you that compared to a choice you may be considering, not only can Telrad reach cost parity well under 100 subscribers, we can do it while connecting more NLOS customers, growing capacity, taking you to standards, and serving many more customers from a single site. In other words, one choice costs you more, locks you in to one choice, makes you say “no” to potential customers, generates less revenue per site and excludes you from the emerging LTE explosion. The tired hype “you can’t afford not to” maybe is not so cliché after all. All Telrad asks is a shot. You may think this is beyond the pale (or “Grail” as it were), but let us prove it to you. Thank you, and we look forward to speaking with you.