For this edition of Ask an Expert, Telrad spoke with PCS Technologies’ Senior Wireless Engineer, John Rock. As an industry veteran in the telecom business, we thought we would get his perspective on the changing needs of WiMAX wireless operators. 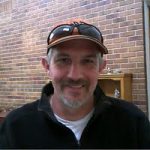 Q: How do you see LTE technology progressing through the next few years?

A: Over the next few years, I expect many current WiMAX and BWA providers to enact their own LTE plan, and provide broadband access that their users are demanding. Long Term Evolution (LTE) has been somewhat exactly that — long term — for a vast majority of WiMAX and Broadband Wireless Access (BWA) providers in the US. It has kind of just been out there, evolving slowly, into now this major technology of Broadband delivery – able to outperform much of what has come before.  LTE has really only been around for 7+ years, and is somewhat still in its infancy.  I expect a major transition to LTE, which until now has been more of the technology that brings service to all the major carriers’ cell phones. It will eventually shift to one that also brings Fixed Broadband service to the consumers’ home.

Because the major carriers have mainly defined the LTE standard for their own needs, we will also see that LTE radio systems may become affordable to many of the providers that have not had the budget to fully implement an LTE core before now. I have had the pleasure of doing some ongoing testing of a new 2.5 GHz radio from Telrad, the BreezeCOMPACT 3000, which has software defined radio technology. This type of dual mode system thrills me as an engineer. It directly addresses the transition period that current WiMAX and other types of propriety BWA providers will need to become a part of in the very near future.

Q: What does this shift mean for current WiMAX or BWA operators?

I am certainly not stating that current operators (using WiMAX or any other means of competing BWA delivery methods) will HAVE TO adopt LTE into their core networks. However, because of solutions such as the very innovative Fixed Customer Premise Equipment (CPE) like Telrad’s new PRO 7000 product line, this now makes it very possible and affordable to begin the transition and/or adoption to LTE. I know here in the United States, and likewise in harder to reach areas around the world, it means that rural providers can now extend better reach to potential clients with the broadband speeds they desire. Something that started out 7 years ago, as a plan to move cell services into a rapidly developing wireless broadband service market, is now here to stay and will become the choice of almost all providers over the next few years. The technology will lower Total Cost of Ownership, enhance overall performance and deliver on the need for speed that end users around the world are demanding.